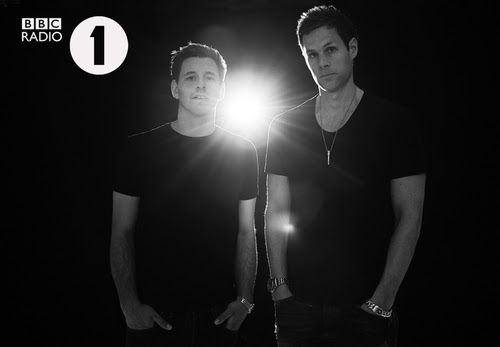 “For us House music is all about the groove, it always has been & always will be, regardless of changes in music trends. We spend a lot of time keeping our drums sounding fresh, we believe this gives our music part of its true identity. Our musical roots stem from 90’s house, for us that’s when it all began, we believe that hints of this will always appear in our music. This Raw Cut EP is all about the music we love, it comes from the heart, simply us sitting in our studio making the music we want to play. They both create huge memorable moments in our DJ sets, moments that remind us why we love house music”

Throughout January, Prok & Fitch are bringing their live show to North America on their Raw Cut Tour, kicking off in Mexico and hitting Canada before stopping off in Los Angeles, San Francisco, and Miami.

ABOUT PROK + FITCH
The story is almost too idyllic: a pair of music aficionados meeting by chance in a UK record store, and going on to form one of house music’s celebrated duos Prok & Fitch in 2006. Now, 8 years later, the Brighton production/DJ duo’s star is most definitely still in ascendance.
Since joining forces eight years ago, Ben Prok and James Fitch, better known as Prok & Fitch, have established themselves as leaders in house music, consistently producing Beatport Top 10’s and smashing clubs worldwide with their alluring, unadulterated sound.
In the DJ booth, it’s all about the groove. The boys have worked with house legends Todd Terry, Roger Sanchez, Ben Westbeach and Moby, with remixes garnering support from major players Carl Cox, Pete Tong, Tiesto, and Steve Angello.
Prok & Fitch’s silky smooth rhythm and captivating bass lines are something to be celebrated. It’s no wonder the duo have graced the decks at some of the most prestigious clubs in the world like Space in Ibiza, Sankeys in Manchester, and Cielo in New York, as well as regular sets at the legendary Ministry Of Sound in London.
Prok & Fitch are constantly setting fire to radio airwaves worldwide, with a recent feature on Pete Tong’s Essential Selection on BBC Radio 1 and guest spots on Roger Sanchez’s radio show. Their own Floorplay podcast attracts tens of thousands of listeners a month, proving their magnetism is difficult to ignore. Whether they’re keeping it deep and dark with underground crew Nic Fanculli and Coyu, or commanding main rooms for the masses with Umek and Axwell, Prok & Fitch’s versatility and acceptance across genres has been key to their success to date.
For More On Prok + Fitch: