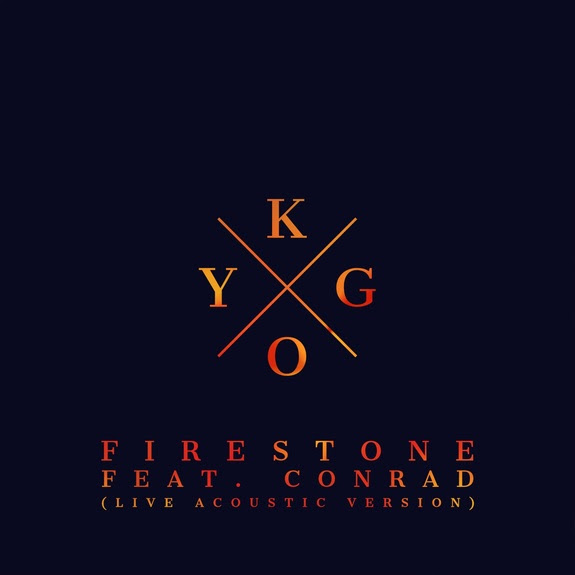 In true testament to his skills as a classically trained musician, Norwegian wunderkind KYGO now unveils a stunning acoustic version of his global smash hit ‘Firestone’—a record that has amassed over 48 million plays on Spotify since its December 2014 release, peaking at #4 in the global Spotify chart. With this breathtaking recording KYGO has bridged the gap between DJ and instrumentalist, not only showcasing his talent as a pianist but also dispelling the myth that DJs ‘just press play’. This one-off acoustic edit is now available to stream exclusively on Spotify (excluding North America) with the video set to premiere on Vevo on February 17th.
STREAM ON SPOTIFY:
‘FIRESTONE’ FEAT CONRAD (LIVE ACOUSTIC VERSION)
About Kygo
Tipped by Billboard Magazine as the ‘the next EDM superstar’, Kyrre Gørvell-Dahll, a.k.a KYGO, has gone from bedroom producer to one of the most hyped electronic artists on the planet in unprecedented time. Having established himself as a household name thanks to his widely popular remixes, sell out shows in North America and Europe as well as headline performances at festivals including TomorrowWorld and Findings, KYGO signed a worldwide recording deal with Sony Music Entertainment in September of last year. His first original track ‘Firestone’, released at the end of 2014, has now amassed over 7 million plays across SoundCloud and YouTube and over 48 million plays on Spotify, peaking at #4 in the worldwide Spotify chart. With a hotly anticipated album scheduled for 2015, plus a new live show due to be unveiled at Ultra Music Festival Miami and showcased at the likes of Coachella and Counterpoint Festival among others, this is only the beginning for this 23-year-old Norwegian prodigy.
www.kygomusic.com
www.facebook.com/kygoofficial
www.twitter.com/kygomusic
www.youtube.com/kygomusic

Justin Paul pres. The Model, “I Won’t Be Hanging Out” : Out Now

Out Now: Traveler’s Remix of Tuxedo “Do It” (Traveler Music/Stones Throw Records)