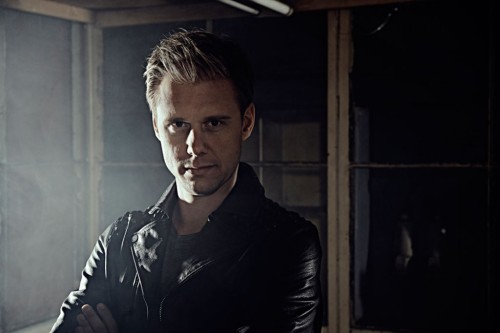 With a Grammy nom under his belt, and 5 years voted as #1 DJ, Armin van Buuren explains to us how he came to work with Dutch  Hip Hop/Rap sensation Mr Probz, as well as that important word “Balance”. Fresh off of a 6 day straight gig schedule, Mr van Buuren takes some time to let ENL in on some interesting views on opening sets, closing sets and why it’s the DJs responsibility to always be prepared for anything. Join us as Electronic Nightlife sits down with electronic dance music legend  Armin van Buuren.

ENL: You’ve been on the road for like 6 straight days now, EDC NY was in there, where else?

AVB: Did a little bit of touring for Memorial Day weekend, yes, it was exciting. I played EDC and I played in Tampa for a big festival over there. I did Omnia in Las Vegas and Omnia in San Diego; and a lot of press and radio stations visits for my new single.

ENL: So this past week was a good mix between club nights and festivals. How do you like that? Do you have a preference of one over the other?

AVB: I like to use the food analogy, because, you know, one day you like to eat fish and the next you like to eat steak. I don’t eat steak every day. That’s unhealthy. Sometimes I like to eat vegetarian .I really like vegetarian food, I’m a big fan. So that’s how I approach gigs as well. Sometimes you play in a club sometimes in a festival. I have no particular favorite. Its just, one day you eat this, and the next you eat that; its just how it goes.

ENL: Sometimes there’s a big difference between what someone might play at in a festival setting versus a club, you have less time a lot of times at the festivals. Do you find yourself changing up your sets to fall in line with that?

AVB: The good thing is about a festival set is that its high energy. You can quickly bang out your sets, people expect massive performances with visuals and fireworks, CO2 and whatever. I like that, its like a quick fix; like you go to a sushi restaurant to get some nice sushi. I think a longer set is like Christmas dinner. You can really take people on a journey. You don’t start with the dessert. You start with something light, like salad and then you build up towards the main course. You can really more tell a story with that, and I like it a lot. I love it, I think its fantastic to work that way. For me the satisfaction is in that I do not do the same thing all the time.

ENL: When you get to do a lot of these club gigs, as well as festival gigs, you get the opportunity to work with people you probably only get to work with once or twice or have never worked with before. Openers and closers, a lot of them local artists. Do you have any, especially in the US, that you came onto the stage, or left the stage and thought “Wow, they were really good!” Or, on the flip side thought “Wow, this person was a bit off, doesn’t know what I play.”?

AVB: Yeah, it happens sometimes. I remember one time in China, I had this guy, a Chinese DJ who was warming up for me and hyping up the crowd. He was playing all my tracks. Like seriously, all of them. Serenity, Shivers, Intense, Going Wrong. You know, like all of them! I was like, dude, but apparently in China, this was an honor thing. He was playing in my honor. I just had to play those tracks again. The crowd was fine. In general its great to have somebody that plays different before you. I find the complaining about these situations to be unprofessional. I feel that if you’re a DJ, you should be able to always be prepared for any situation. That means that you should be able to adjust your set in such a way that no matter who plays before you you’re always ready to rock the crowd. At the end of the day its all about the crowd, they deserve to have a fantastic time. They paid the bills to come and see you, so they made the vent possible. Stop being negative and just go and play a great party. To answer your question, though, I played after Nicky Romero at EDC and he played a fantastic set. He did a really good job, the crowd was loving it and he played so far remote from me that it was great. He wasn’t a warm up of course, because he was already rockin the crowd, is very big. He did a great job. Its great if a DJ doesnt play any big tracks; not of his own and not of any other artists in the last 20 minutes of their set. Usually if DJ’s come up to me and ask what should I play and what shouldn’t I play- I say, look play whatever you want, just please build it down a little bit BPM wise, in the last half hour if you can. And also volume wise, and please stay away from the big hits of the moment in the last 20 minutes. You sort of want to build that excitement, if you can. But its not a demand, because every DJ is free to play whatever he or she wants.

ENL: We hear you have an album coming out this year, can you tell us a little bit about that?

AVB: Well I’ve been working on one since I finished Intense. I should have finished it end of May, and I took a lot of time off to work on it, but the album turned out to be a little too ambitious for my own good actually. But a lot of the tracks are done, I have about three or four more tracks that really need some more serious work. That’s going to be completed over the next few weeks. I also want to take some time off with my family, because I’m also a father as well. It’s music, so it can wait. Im just really excited to start sharing this music with the world. I have so many great tracks ready to go and I really cant wait to share them i with the rest of the world.

ENL: Do you have any more singles coming out before then?

AVB: Right now I’m promoting the single with Mr Probz, Another You. Which has just launched a few weeks ago. We’re putting out some more remixes of that and that’s going to be the main focus for summer. I’ve just released five other tracks this year, so i think at the moment I’m just keeping it under wraps a little bit. There are two more surprises coming in the next couple of weeks. Which aren’t necessarily tracks by myself but you’ll find out when its that time. I cant really say anything more. And then I hope to drop the album the second half of the year, hopefully in the fall.

AVB: Its super special because he comes from the world of hip hop and he has this massive success with a track called Waves, such a beautiful track- which was also then inspiration and the incentive to start working with him. I’m a big fan of his voice and his appearance. He’s a really really great guy. 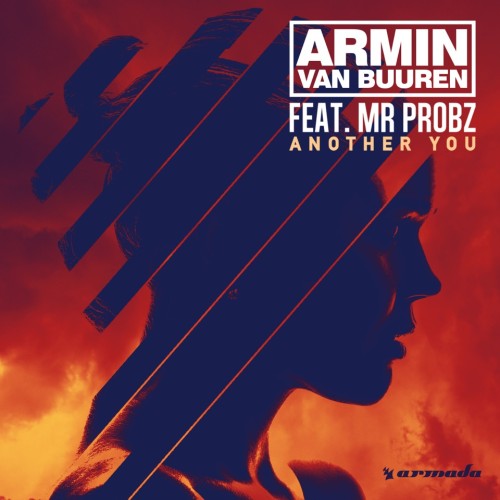 ENL: How was it messing the two different styles of music? Did this come easily to you guys?

AVB: Yeah, it was very organic. When we got into the studio, Probz already had an idea for the chorus. He had the chorus, but there was simply no music. So I developed the music, for the track, and sent it to him and it was only like a minute and a half. He really liked the idea, so made a proper day to go to the studio in the Netherlands. It was in December of last year. And that is when we recorded the entire song, we wrote some more lyrics together, I recorded some real strings for that. Then we finalized everything in my studio back at home. I was super excited to do stuff like that. It was really really cool.

ENL: You’re a great businessman, you have so many facets outside of the music world. Partnerships with KLM, Heineken, your headphones with Philips. Any other partnerships you have coming up that the rest of the world can see, and help keep building that EDM audience?

AVB: I actually just signed another partnership, but I cant really say what brand it is. You’ll know soon enough. One of the reason is also because I spoke to a few of my more established, older friends in the industry- a couple of DJ’s who were really great and really successful and really underground. But somewhere along the time they forgot to earn money somewhere. Some people think its a wrong thing to make money. I think at the end of the day, if I’m not hurting anyone, if I’m not overly commercial and cheesy everywhere, then there’s nothing wrong with making some money. It has to be good. It has to be cool, it has to be credible. It cant just be me on a pack of gum, or something like that. No, I cant do that. It has to be cool and I have a great team of people around me that helps me these kind of major decisions. We turn a lot down, like a lot. We say no to a lot of brands. Sometimes, like with Philips, I thought it was really cool thing. I always dreamed of having my own line of headphones. I had a demand for them, I said, if we’re doing this together, then I really want to be involved. Activly involved, in designing the piece. They agreed, so I actually flew to Hon Kong. I sat down with the designers to really design my favorite headphones- thats what actually happened.

Big thanks to Armin van Buuren for taking the time to sit with us in the midst of such a busy schedule. And thank you to his team who helped organize this.