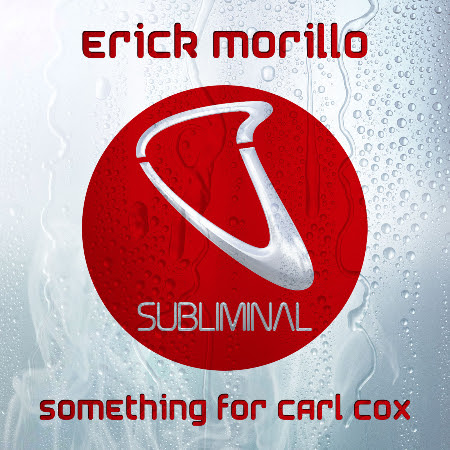 “I have never had a record given to me with my name in the title! It’s always a hard thing to do because of the expectations of that, but Erick came up with an amazing track that I would play in my sets in clubs or festivals, as it has the Coxy sound which I love to play. It’s funky, pumping tech-house energy and I feel very proud to play this track. Thank you Erick!” – Carl Cox, July 2015

Road-tested by Erick at Space in Ibiza and Miami and at Ministry Of Sound in London as well as by Carl himself at EDC and Light in Las Vegas, “Something For Carl Cox” is the next club monster to be unleashed on Subliminal in 2015. “I wanted to make a driving techno record and half way through making it, I thought: ‘why not name it that!’” “Something For Carl Cox” may have been custom-built for Carl – but in fact, judging by early reactions, it’s clearly a record for everyone else too.

“Something For Carl Cox”

Out Now via Subliminal Records

For more information on Erick Morillo, see below: