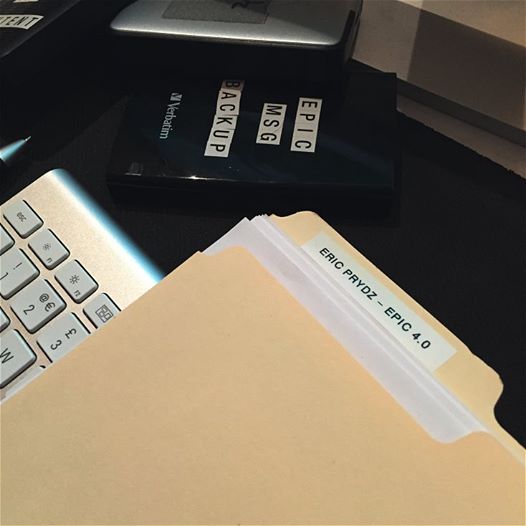 I needed to read the news twice. EPIC 4.0. Following the news, us NY fans have finally gotten what we asked for. Eric Prydz, the master himself is not only showing up in NYC, but he’s bringing his all new 4.0 to a much smaller venue than expected. Terminal 5 may not be everyone’s top choice for this, but I think it’s going to be exactly right. The lasers + bass that Prydz has been dropping across the globe will echo across the venue perfectly. It won’t be too big such that people will just be there to be there. The 3 nights ensure it’s small, but still massive. That seeming contradiction encapsulates a lot of Prydz. It is absolutely mainstage music in every way, but it has this small loft/deep access event vibe to it, when he wants it to. I fully expect the room to be awash in 4k holograms, weird 3D stuff and plenty of other eye candy that’s never been done before.
[youtube https://www.youtube.com/watch?v=09-jFvP5-R4]
This was the last one. We don’t even have really good intel on what’s going to happen in February. This isn’t part of some commercial festival, or some Vegas club night. This is a full-on, solo show at a space that can handle it. In case you were under a rock during 2004, he came to prominence with Call On Me, a sexy tune & an even sexier music video. It was everywhere for weeks, and it launched Prydz from mid-tier to headliner. And rightfully so. The guy earned the first One Mix on Apple Music’s Beats 1. Just in case you missed it, get into it.

If you’ve seen EPIC 1.0, 2.0 or 3.0 when it came through MSG, you can appreciate how crazy this live production can get. After the end of 3.0 people were wondering what ground he had left to cover. He’d done some club work over the last year as well while preparing 4.0. Different set, but still a super dope vibe. If you’re not following him on Soundcloud, you must’ve missed the 5hr set he posted live from Space in Miami. Why aren’t you following him? For shame.

I can’t even tell you who the opener is, or if there will be one. It’s sold out, but we’re crossing our fingers that tickets are going to be released. If you’re lucky, you might find them on swap Facebook groups. Though I’m not sure how many people are going to be giving these up. So if you find them, hold on to them. I’ll be (cross your fingers) seeing you there as well. It’s going to be an amazing Valentine’s Day weekend for anyone who manages to make this happen for their special someone. Especially if both of you like sweet lasers and progressive insanity. EPIC 4.0 will be a night to remember.

Brooklyn Fire Is Heating Up With Releases From Zendex & KANDY