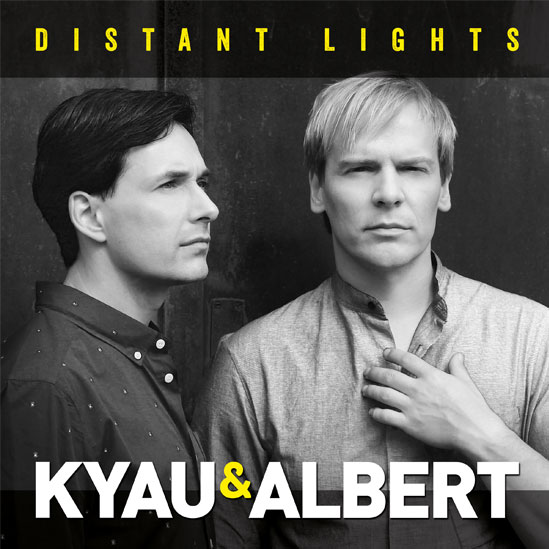 Producer/DJs Ralph Kyau and Steven Albert have been pairing their profilic artistry in the EDM world for two decades and as the famed Kyau & Albert they are embarking on their highly anticipated forth studio album DISTANT LIGHTS. Their latest delivers a trajectory of timeless familiarities commencing with the idyllic then building to a riveting, dancefloor sensation. Tracks like “One” teaming with the expertise of label mates Stoneface & Terminal, and “So Easy” give us this effective, formula building while adequately adorning them with the vocal trance euphoria of Steven Albert.

Guest artists include Neev Kennedy on “Let The Thunder In” which strays from the ensemble with echoes of a darker, moodier and harder perception of its neighboring tracks. Adaja Black, of the DISTANT LIGHTS predecessor NIGHTS AWAKE, revisits the Kyau & Albert collective with the warm embrace and weightless glide of “It’s Always Been You”.

Electronic Night Life & Euphonic are hosting a contest to win a signed copies of Kyau & Albert’s new album Distant Lights. Three winners will receive a copy of the album. Enter below:

To enter please follow us on twitter: https://twitter.com/ElectNightLife RT the contest and then email the following information to euphoriaxnyc@gmail.com and reference “DISTANT LIGHTS” in the subject field. Incomplete or multiple entries will be disqualified.

No purchase necessary to enter the any Electronic Night Life contest. The contest will end on the date stated in the posting and winners will be announced shortly after and contacted through email. This contest is open to participants of all ages worldwide. The prizes that may be awarded to the eligible winners are not transferable, redeemable for cash or exchangeable for any other prize. Void where prohibited. Odds of winning depend upon the number of participants.