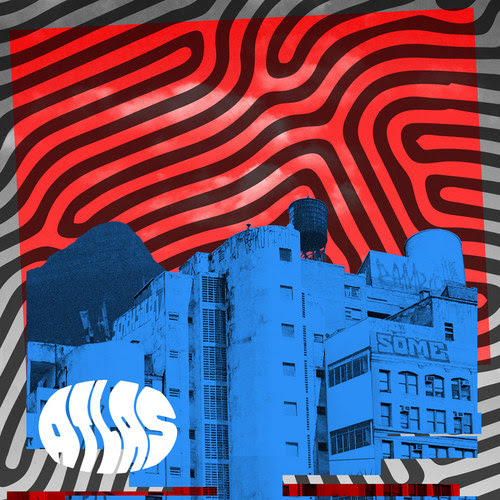 Instantly Receive “Let Me Go” Feat. Mr.Carmack and Nonku Phiri and “On Top” For Download With iTunes Pre-Order
Boiler Room x Redbull Album Release Party São Paulo
Live Stream 9/4
“Branko’s “Take Off” makes me want to take off into the concrete jungle. Why? Because the production is twisted, twinkling, dark, and makes me want to move around in stealth.” –Noisey on “Take Off”
“Not so long ago, Buraka Som Sistema member Branko told The FADER, “Personally I think zouk and kizomba could really add a new direction to R&B and take it back to the roots in a really creative way.” As part of the recording process for his new album ATLAS, the Portuguese producer found himself in Cape Town with singer Nonku Phiri and L.A. beatmaker Mr. Carmack testing out exactly that theory; and the result is the super smooth ‘Let Me Go.’  –The FADER on “Let Me Go”
“Booming hollow drumlines are hit with synth stabs, organic instrumental samples, and the voice of star baile funk rapper MC Bin Laden. Something this hot not making the final cut for Atlas should give you a sense of how amazing the LP should be.” -LessThan3 on “Louca”
“the song is subtly engaging in a way that makes it seem like a hypnotizingly expansive work.”
-Okayafrica on “Eventually”