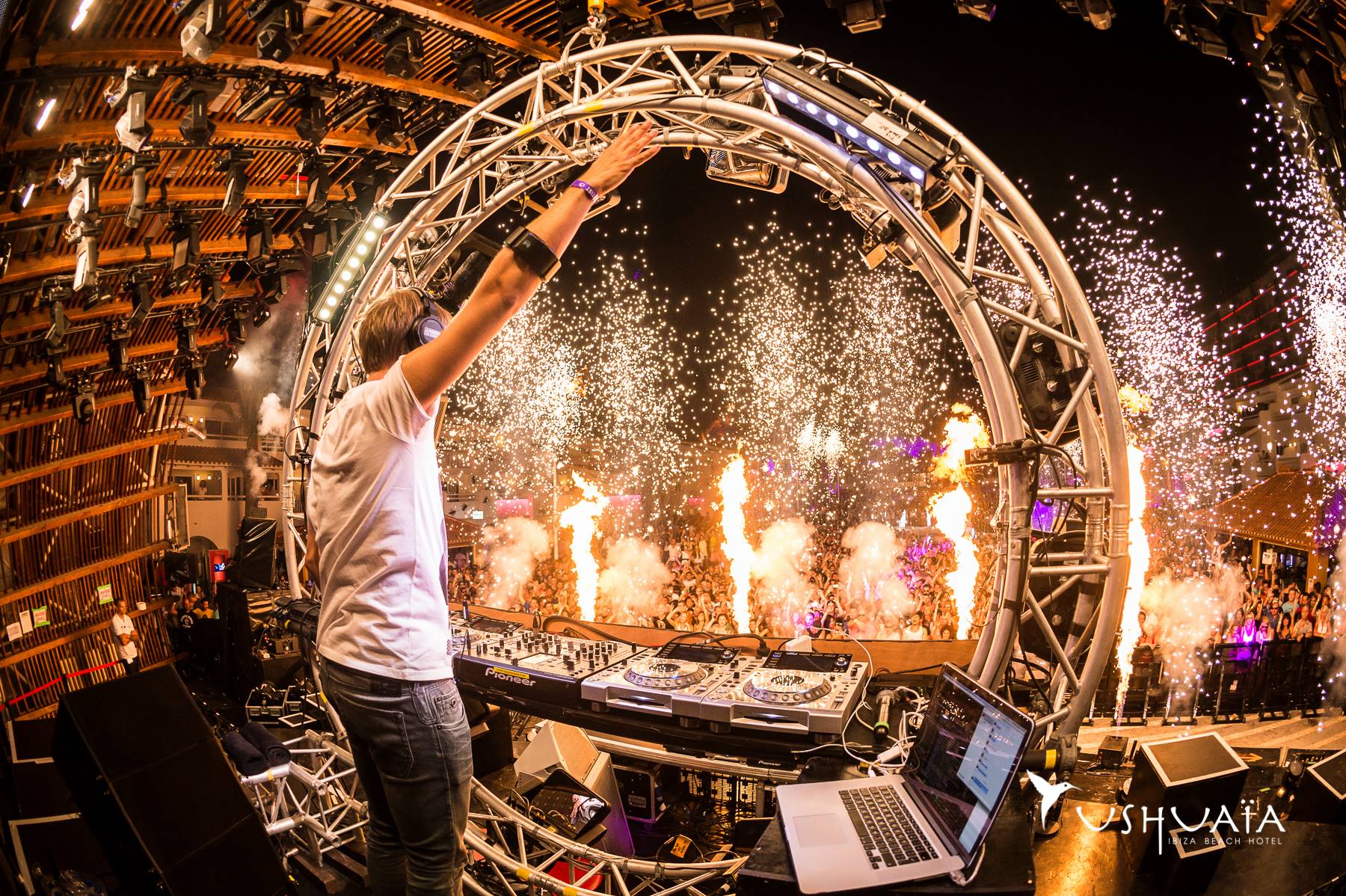 From the cinematic intro ‘til the very end of this two-disc powerhouse of electronic dance music (EDM) and through each peak and valley in between, A State Of Trance at Ushuaïa, Ibiza 2015 (Armada Music) is a snapshot of Armin van Buuren’s thrilling live DJ sets. Celebrating both his ‘A State Of Trance’ (ASOT) weekly two-hour radio show – currently airing on more than 100 radio stations in 84 countries to more than 33 million people each week – and his summer 2015 residency at the Balearic superclub, Ushuaïa Ibiza Beach Hotel, this album contains the very best electronic music. Each track selection was lovingly curated by Armin van Buuren, one of the world’s biggest DJs and producers. Attendees of the major summer festivals and megaclubs will recognize the most popular tunes, including Armin van Buuren featuring Mr. Probz’s “Another You” (Headhunterz Remix) and Armin van Buuren & Mark Sixma’s “Panta Rhei,” but this release also contains several exclusive tracks in keeping with Armin’s authority as an A&R force.

Traveling the world on a weekly basis and performing more than 150 live shows-per-year, Armin van Buuren is easily one of the most hard-charging electronic musicians on earth. His A State Of Trance radio show counts devoted fans from virtually every nation and they follow the weekly show with near-religious fanaticism. For these music lovers, ASOT is not only an interactive radio show now enjoying its 14th year, it’s a community and a way of life. A State Of Trance is as much a mindset as it is a festival and a brand. The music selected for A State Of Trance at Ushuaïa, Ibiza 2015 has been crowd-tested as the most monstrous tunes of the summer. As with his live DJ sets, Armin launches his listeners’ moods to the stratosphere and never lets them down, elevating endorphin levels as only he can.

This album conjures images of Armin van Buuren leading thousands of resort-goers in unbridled revelry from a DJ deck suspended over the pristine pool at Ushuaïa’s sprawling outdoor beach club. Surprises abound on this thrill ride of a mix, like when Armin drops Beat Service’s “Café Del Mar” or the moment Yoel Lewis’ “Nepal” permeates the air, causing all to throw their arms towards the heavens with jubilant abandon. Peaks of emotion surge when Armin deems it ideal to treat listeners to Andrew Rayel & Mark Sixma’s “Chased” or when Armin feels the time is right to play Ferry Corsten presents Gouryella’s “Anahera.” Performing in-the-round at Ushuaïa as white-hot spotlights hit him from above, Armin is the focus of everyone’s attention as he carefully crafts his musical journey. From beneath the fireworks blasting over his head, Armin connects with each individual. A time capsule that’s nonetheless timeless, A State Of Trance at Ushuaïa, Ibiza 2015 is the sound of endless summer.